The Burlington Beach Catamaran Club (BBCC or Club) is an enthusiastic Not-For-Profit sailing club that has been representing Burlington in sailing regattas across North America for over 40 years. The Club is located on the sandy shores of Burlington Beach and provides a colourful backdrop to the residents of Burlington when visiting the Lake. Club Members launch their boats off the beach for pleasure sailing throughout the sailing season and for Club Racing on Wednesday nights and Sunday afternoons. We are proud members of Ontario Sailing and represent one of the largest catamaran fleets in the Province. We welcome you to come down to the lake and watch a Cat Fly. 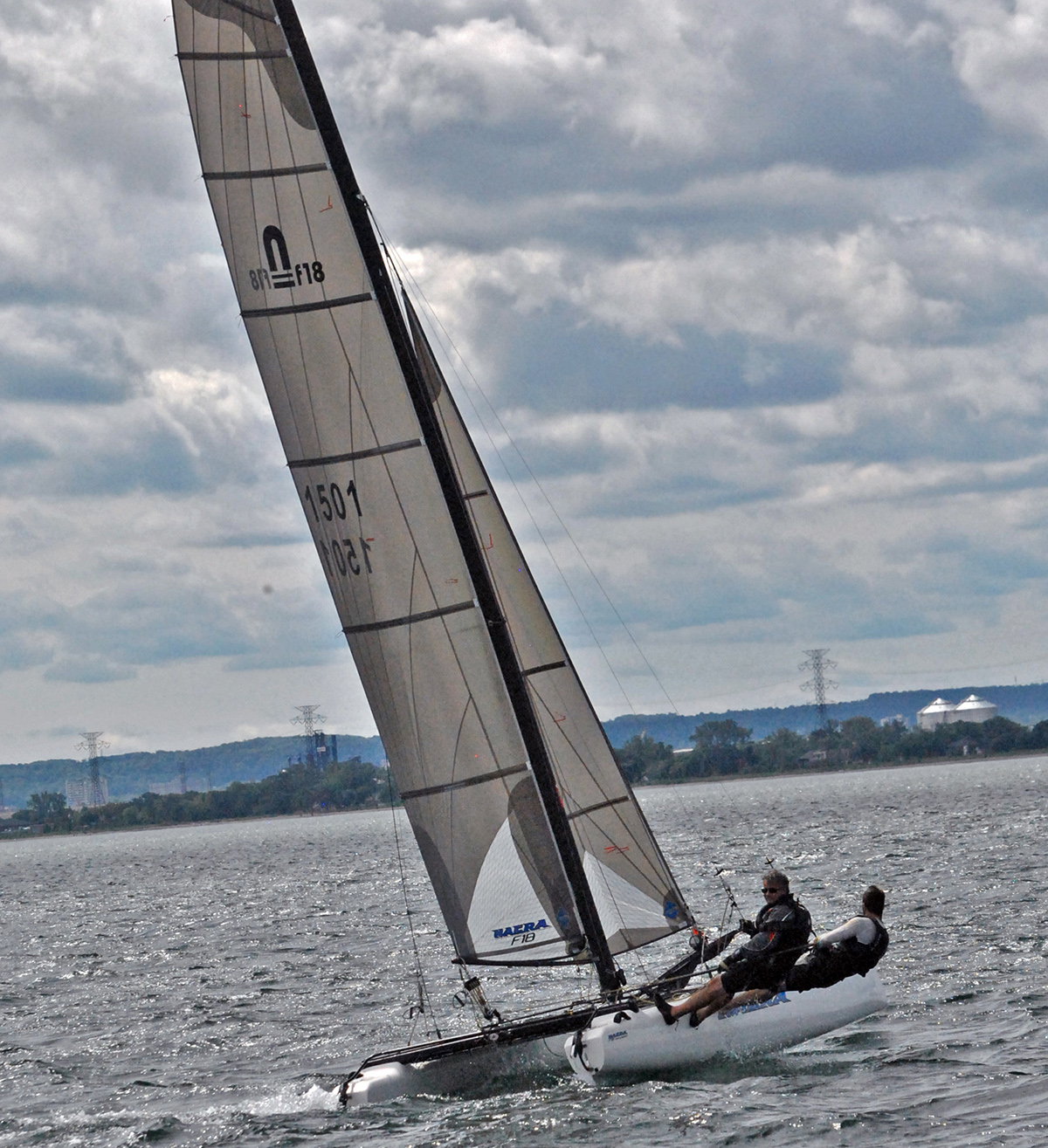 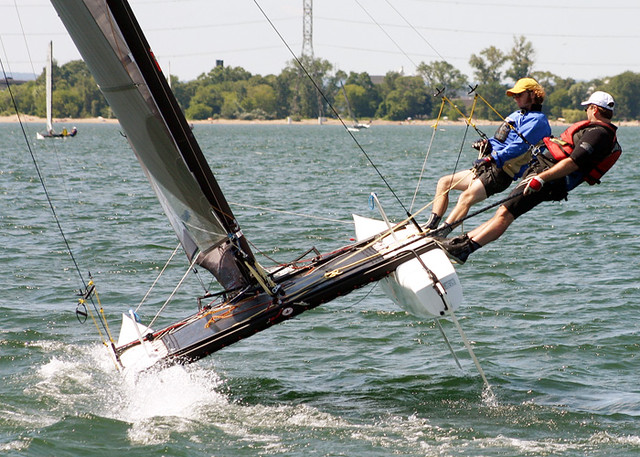 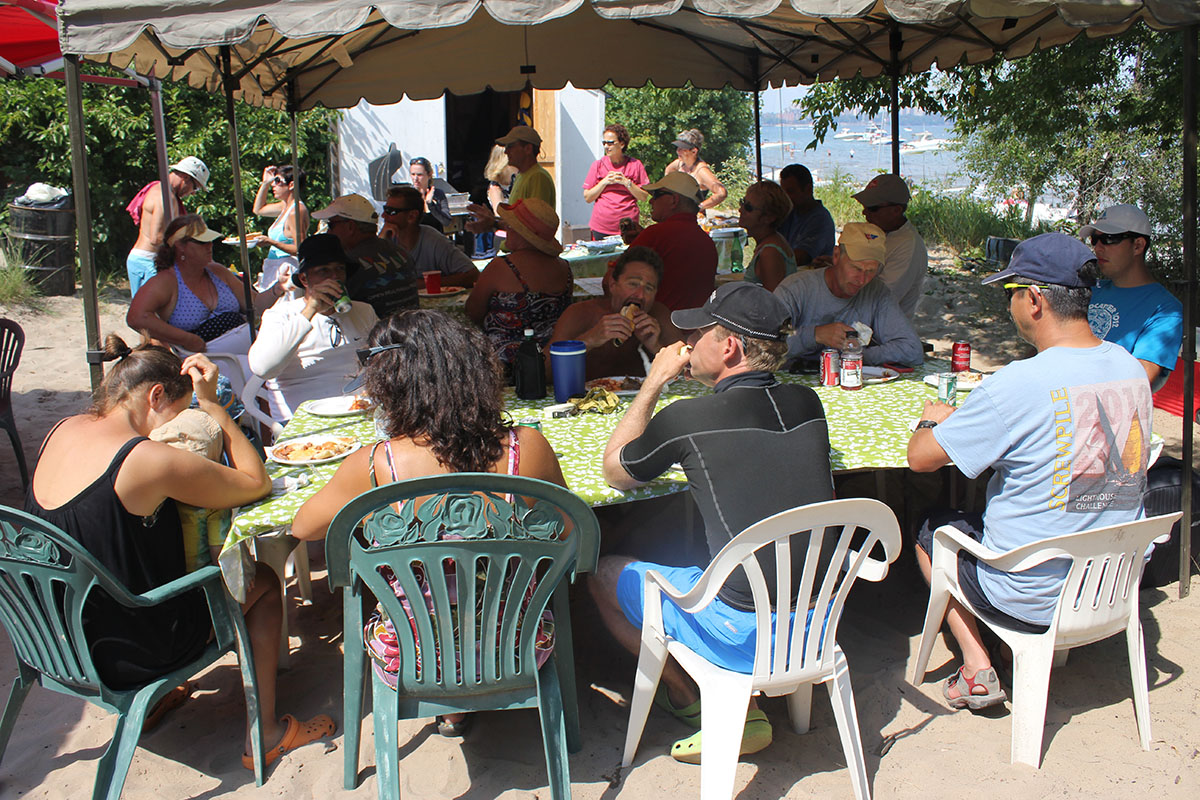 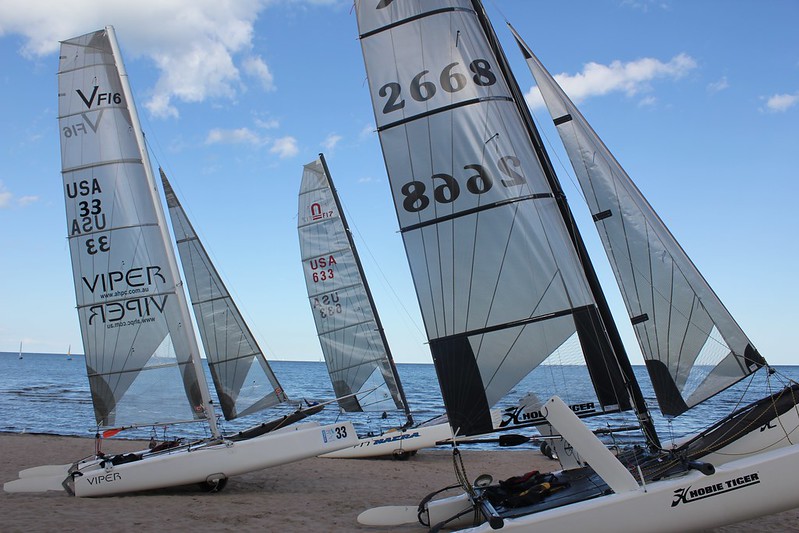 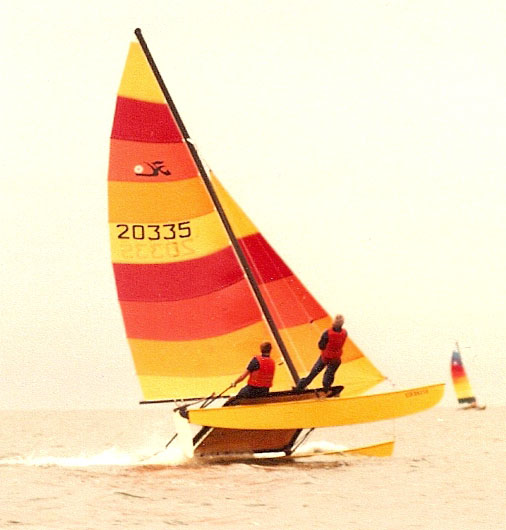 The Burlington Beach Catamaran Club ("BBCC")was started over 40 years ago by Chris Walker and Al Bowles. Both lived on the beach strip and through some good fortune came together to start a great club.

In 1979, Chris purchased his first Hobie Catamaran from a college friend who had lost the passion of flying a Cat. With some TLC the boat was ready for the water and Chris trailered his boat to the Spenser ramp (located where Spenser's restaurant is today) and headed out for a day of sailing. After sailing a few hours, he saw a catamaran on the beach shoreline pulled up next to it. Al immediately came down to the shoreline and excitedly suggested Chris keep his boat anchored next to Al's Cougar catamaran.

Within weeks, more cat sailors appeared and the thoughts of starting a catamaran club began to germinate. With the help of the City of Burlington our formal club was then born, duly registered with Coast Catamaran (Hobie Cat Manufacturer) as Hobie Fleet 441 and a recognized Division 16 member of the Ontario Hobie Catamaran Association (OHCA).  The Club hosted its first Regatta in 1981 inviting the Guelph Sailing club to the Burlington/Guelph Invitational on Sept 19, 1981. 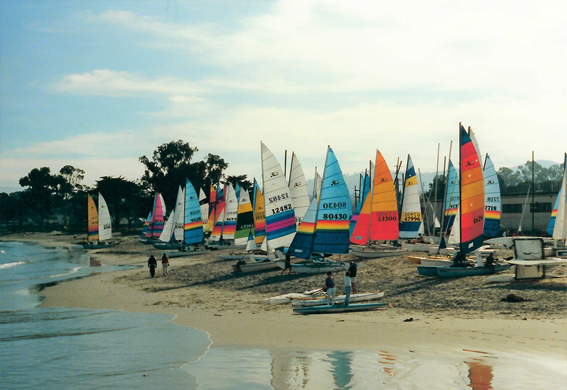 The following year, with a lot of help from OHCA and the support of the City of Burlington, the BBCC hosted its first Annual BUMS Regatta. The Regatta attracted 42 boats from across the region.  Within a couple of years word spread and the BBCC Annual BUMS Regatta became a regular event on the Hobie Racing circuit.  Molson became the  lead sponsor and the BBCC Annual BUMS Regatta was attracting sailors from both Canada and the USA. Over the years, new events were added including club racing, joint sailing with other local sailing clubs and a long distance sail to Port Dalhousie (90 km round trip). The club continued to work closely with the City of Burlington and a compound for the club was built. Many City Councilors have attended our regattas and taken the opportunity to take ride on a cat.  Race training for club members was also sponsored throughout the clubs long history. 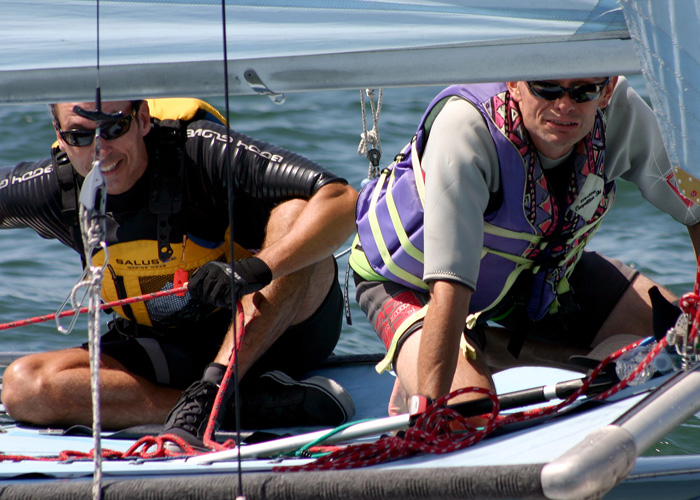 Today the BBCC is stronger than ever. The Club has grown to include numerous catamaran fleets (Hobie 16, F18, F16 and A-Cats to name a few) with several members having won championships within the Ontario Catamaran Racing Association (ORCA) and successfully competing in international events.  Our racing series has expanded to both Wednesday nights and Sunday afternoons and our Annual Regatta is a regular annual event within ORCA racing series.  Catamaran racers continue to come to Burlington to participate in our Annual Regatta from across Canada and the United States and during 2015, BBCC hosted the North American F17 Championships. During 2022, BBCC hosted the North American A-Class Championships and also celebrated its 40th Anniversary Regatta.  Both events were a great success with in excess of 40+ catamarans registered for each event.  The club continues to sail to Port Dalhousie (weather permitting) and holds joint events with the Hamilton Sailing and Boating Club.